The Story of Tea: Japan

During China's Tang Dynasty (618-906) the awareness of tea traveled both east and west outside of China to places like Japan and the Middle East.

The Japanese attribute the beginnings of tea to Dharma (also known as Bodhidharma), a missionary Buddhist monk who traveled from his native India to China at the end of the fifth century.  The legend tells how Dharma dedicated seven years to a sleepless devotion to the Buddha.  During meditation he found his concentration failing so he cut off his eyelids to stay awake and threw them on the ground.  A tea plant grew from each spot where the eye lids had fallen.  The leaves of this plant were made into a drink which stimulated the holy man and his flagging worshippers.

By the time of the Tang dynasty Chinese scholar Lu Yu (733-804), the author of the Chajing or Classic of Tea, methods of cultivating, processing and preparing tea had reached levels of considerable sophistication.  The type of tea preparation advocated and described by Lu, which involved boiling leaves in a cauldron, was introduced to Japan in the early ninth century.  This was accompanied by the establishment of tea plantations in the grounds of Buddhist temples and elsewhere. Brick or cake tea enjoyed a brief period of popularity at the court of the Japanese Emperor Saga (reigned 810-23).

Tea drinking did not really take root in Japan until the thirteenth century, however, when Song dynasty (960-1279) methods of whipped tea drinking were introduced by Zen Buddhist monks returning from periods of study in China. By the seventeenth century, tea drinking was a common practice among all classes of people in Japan.  Tea could be prepared by simply steeping tea leaves in hot water, grinding tea leaves into powder (matcha) to make whipped tea, or boiling the tea leaves. 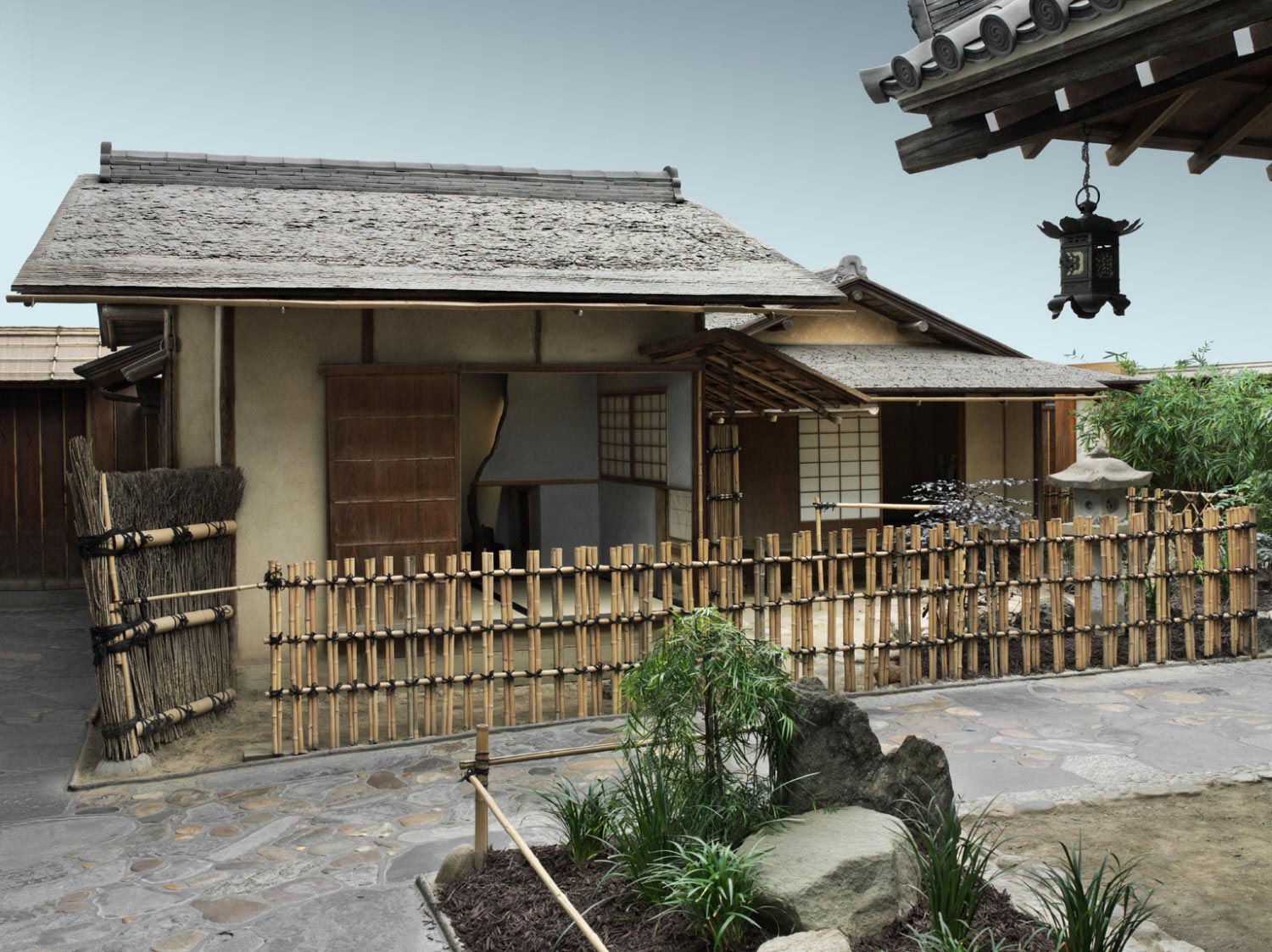 The Japanese tea ceremony, chanoyu, which literally means "hot water for tea," has its origins in the late fifteenth and sixteenth centuries, when successive tea masters established the tenets that have underlain this distinctively Japanese cultural practice up to the present day.  At its most profound, the tea ceremony is a quest for spiritual fulfilment through devotion to the making and serving of tea and, by extension, to the humble routine of daily life.  This notion has its roots in the philosophy of Zen Buddhism.