The Story of Tea: Russia

Tea is said to have been introduced into Russia in 1616 when a Cossack by the name of Tyumenets returned from a diplomatic mission to Mongolia with samples of Chinese tea.  Two years later, in 1618, a gift of several chests of tea were brought by a Chinese embassy to the Russian court in Moscow.  Then in 1638, a further gift of two hundred packets of tea were sent as a gift by the Mongol ruler to Tsar Mikhail Fedorovich (r.1613-45), who was apparently not at all impressed and made it clear that he would have preferred sables.

In the late seventeenth century camel caravans carrying tea traveled between northern China and Moscow.  The tea was carried in loose-leaf form until, in the mid-nineteenth century, the Russians discovered the advantages of brick tea in terms of transportability and resistance to decay.  The building of the Trans-Siberian Railway from 1880 through to the early 1900s brought an end to the caravan tea trade into Russia.

The majority of tea drunk in Russia, nearly all of it black, was imported from China in loose-leaf form.  In the 1960s, Russian factories were established in the Hubei Province of China making brick tea.  The early twentieth century also saw the establishment of domestic tea plantations in Georgia.  The much greater availability of tea resulting from these developments went hand in hand with the spread of tea drinking to all sectors of Russian society.

The defining feature of Russian tea culture has long been the samovar, which literally means “self-boiler.”  It consists of a metal urn which is filled with water and heated by fire through a central funnel.  A strong brew of tea is made in a teapot, which is kept warm by being placed on top of the samovar.  The tea is poured into a teacup or tea glass and then diluted as required with hot water added from the tap at the base of the urn. 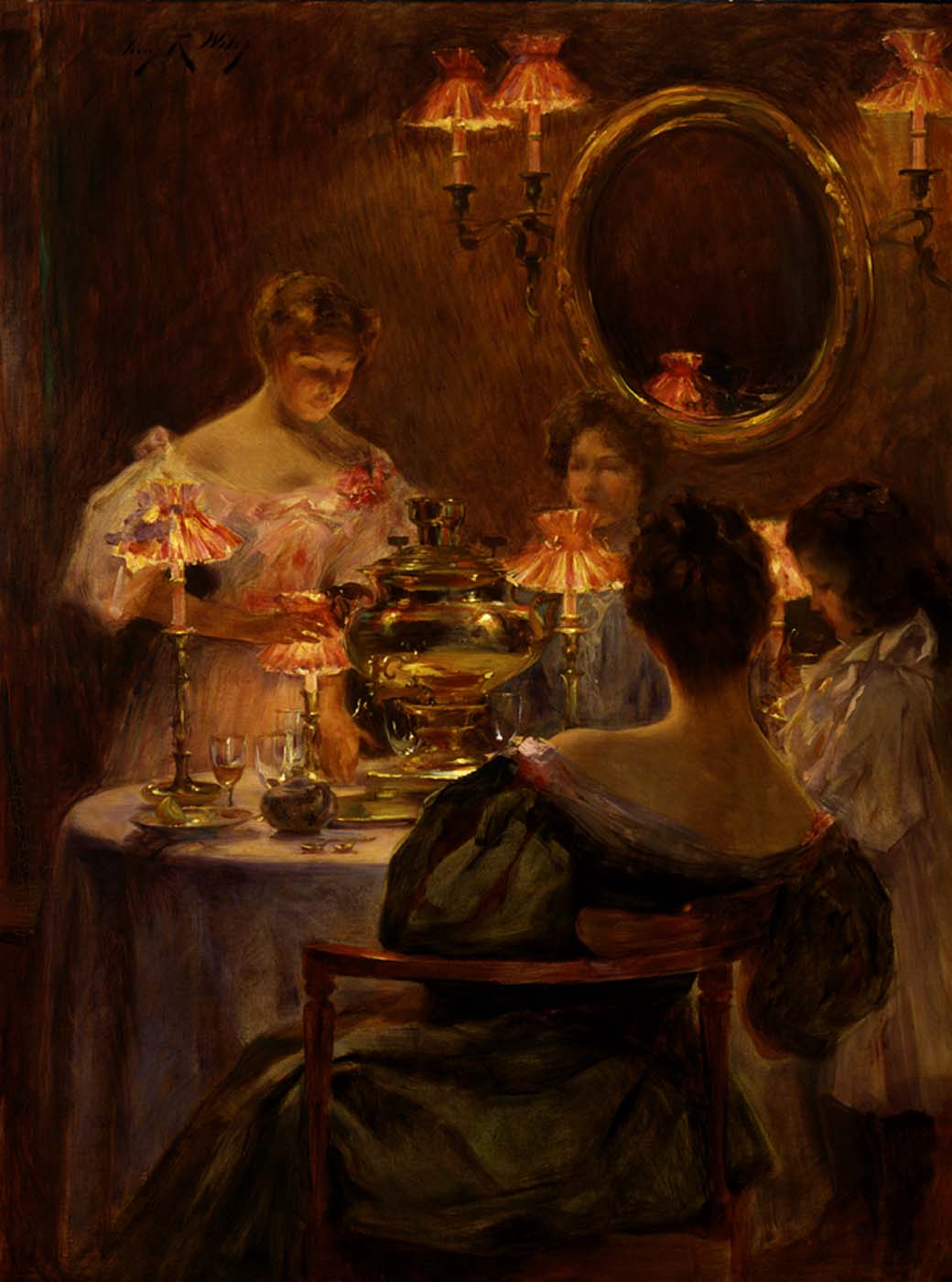