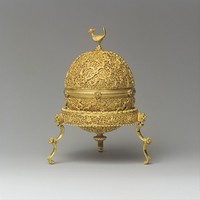 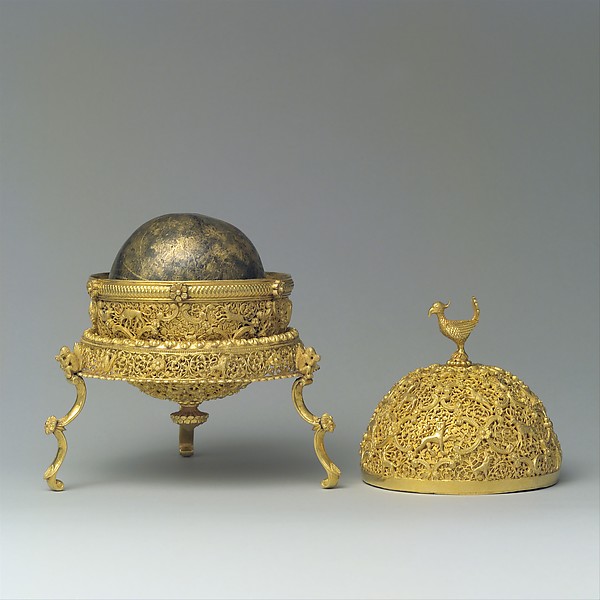 "Goa stones" were manufactured by Jesuit priests living in Goa, a small province on India’s western coast. They are manmade versions of bezoars (a mixture of gallstones and hairs found in the stomach of deer, sheep, and antelopes) that, when scraped and ingested with tea or water, were supposed to have medicinal properties. Elaborate containers of gold or silver were made for them and they were exported to Europe. An ogival trellis containing a variety of beasts, including unicorns and griffins, overlays the container. The source of these images is likely to have come to Goa through Portuguese influence in the region. 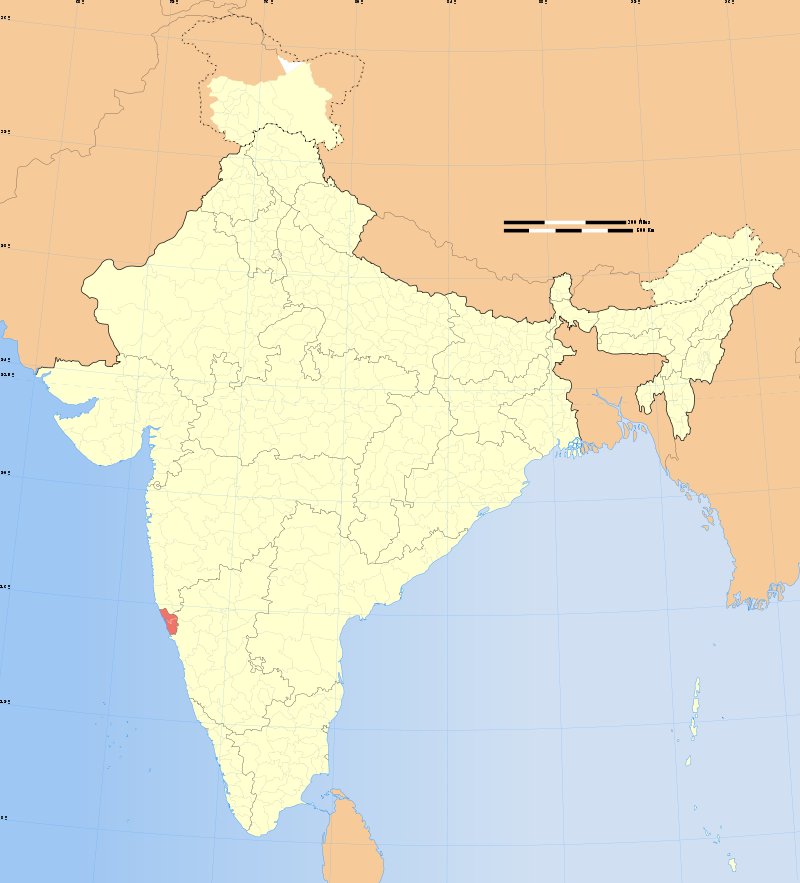 Location of Goa (marked in red) in India