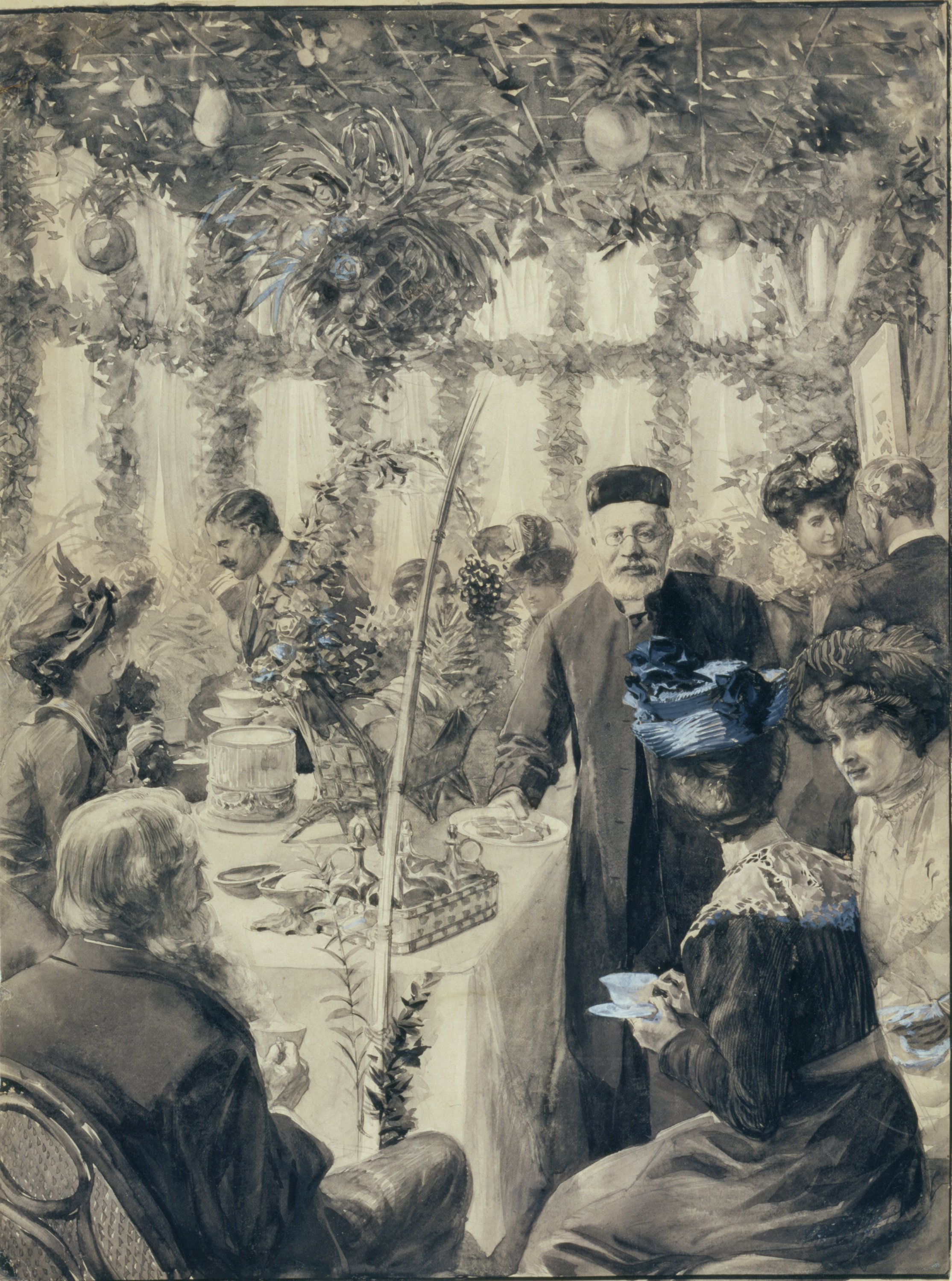 During the early to mid-eighteenth century, wealthy Britons ate dinner, the main meal of the day, during daylight hours, often starting around 2 pm. By the end of the century, following improvements in artificial lighting, dinner was often eaten much later, around 6 or 7 pm. In order to bridge the long gap between breakfast and dinner, a light accompaniment of bread and butter or toast, or biscuits or cakes, was sometimes served with mid-afternoon tea. By about 1840, this light snack had become the formal social event known as "afternoon tea".

Anna Maria Stanhope (1783-1857), the seventh Duchess of Bedford and lady in waiting to Queen Victoria from 1837 to 1841, is generally credited with popularizing afternoon tea. The Duchess started a trend of inviting guests to her London mansion at four in the afternoon for tea. Such gatherings, where tea was generally served from a low table in a sitting room, came to be known as "low tea".

By the mid-nineteenth century, British men, women and children working in factories returned home to the main meal of the day called "high tea," so called because of the inclusion of meat. "High tea" was usually eaten at a dining room table. Technology was improving which allowed poorer families to bake their own bread and made the serving of hot meals more attainable. So while afternoon tea was largely a social event for the upper class, high tea was a necessary meal for the working class. English high tea usually involved a mug of tea, bread, vegetables, cheese and occasionally meat. Variations on high tea could include the addition of pies, potatoes and crackers.

"High tea" was eventually adopted by the upper classes. Today, you may find both high and afternoon tea being served in the U.K.