Jasmine tea, originated from Fuzhou in China’s Fujian province, was first produced in the Song Dynasty more than a thousand years ago. During that time, the Chinese medical field was into capitalizing on the health benefits of aroma and tea, thus, many varieties of scented tea were created. Over the years, many of those scented teas disappeared, but jasmine tea’s popularity remains constant.

According to Chinese Han Dynasty’s (206 BC - 220 AD) history records, jasmine originated in the ancient Roman Empire. During the Han Dynasty, it reached Persia through the Maritime Silk Road. After arriving in India, it became a Buddhist holy flower and then spread to Fuzhou with Indian Buddhism. 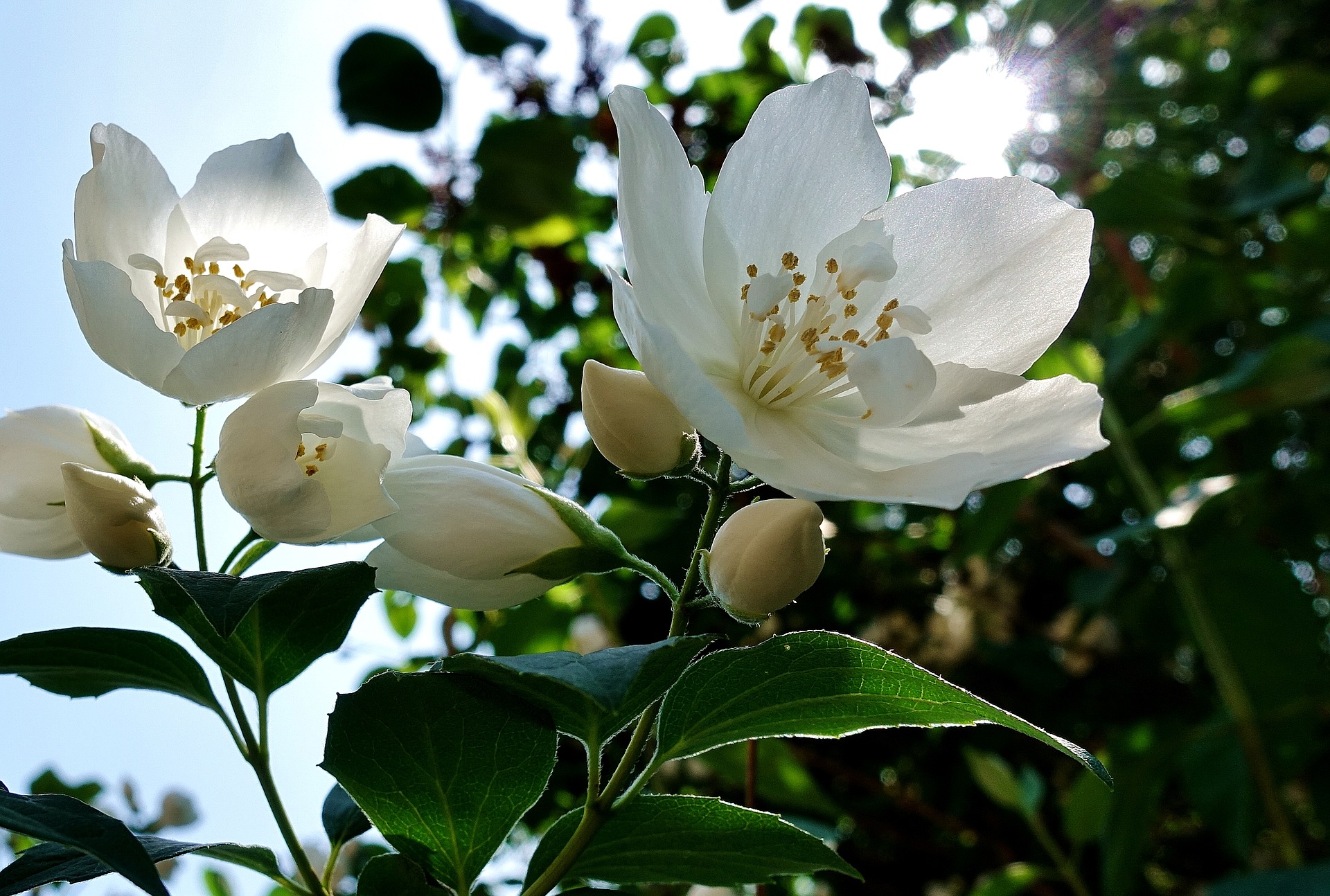 Since the production of jasmine tea is time sensitive, it is critical that the freshly harvested jasmine flowers can be delivered to the tea makers quickly. Fuzhou has the right kind of soil and climate for growing both jasmine and tea (Camellia sinensis)—as a matter of fact, the Fujian province is one of the oldest and most highly revered tea districts in the world—it is not surprising that Fuzhou is the birthplace of jasmine tea. Its jasmine tea is also the most famous and revered.

Although the most common type of jasmine tea is jasmine green tea, other kinds of tea, such as white, oolong, black and even herbal, have been used as the base of jasmine tea. 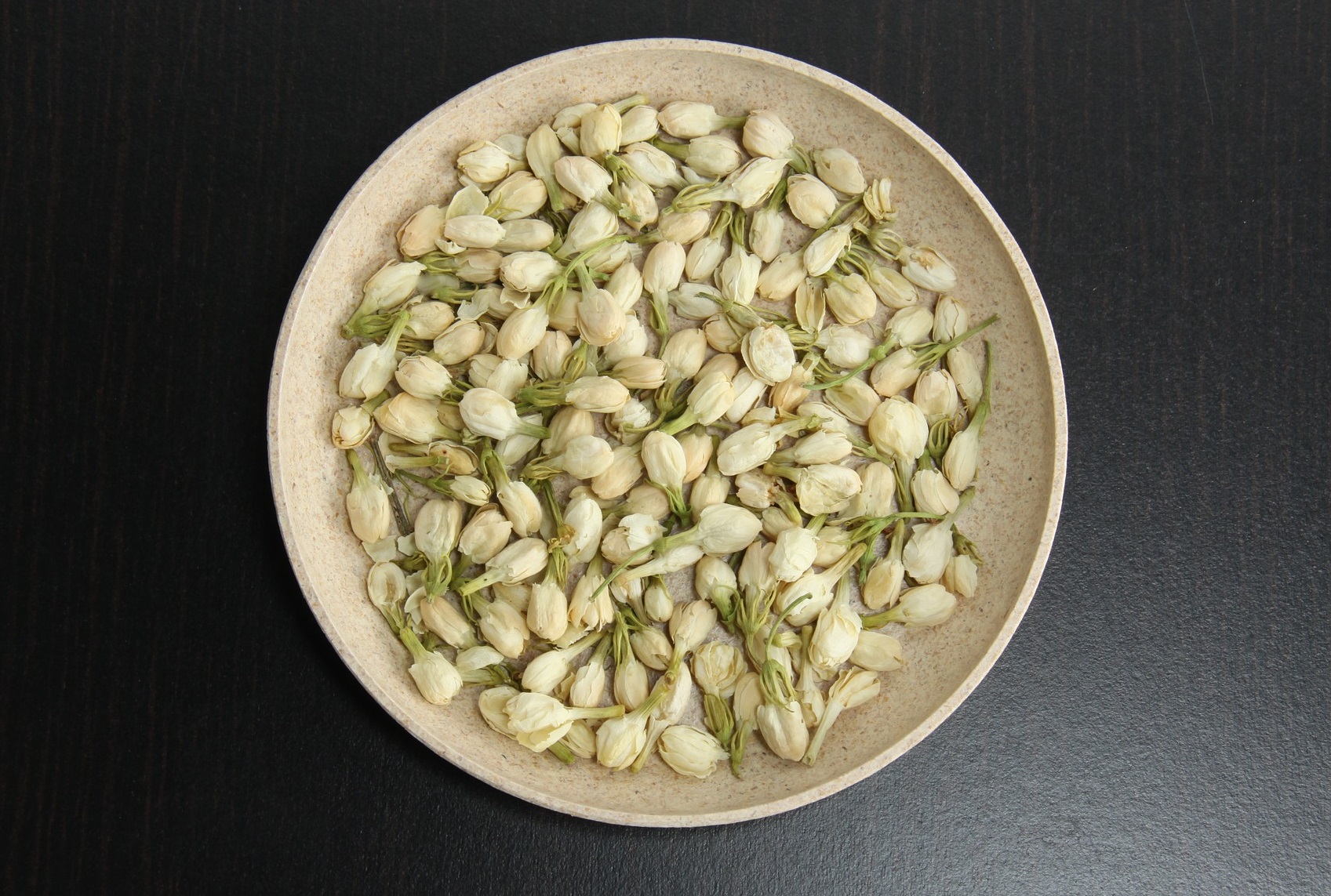 The orthodox ways of jasmine tea production are highly labor intensive, time consuming, and require a high level of skill and craftsmanship. For example, traditional Fuzhou jasmine tea is produced by layering opened jasmine buds with green or white tea. The process is known as “scenting”. During the process, the tea leaves absorb the fragrant natural oils of the jasmine flowers and take on the sweet and refreshing flavor and aroma of the small white flowers. The scenting process lasts for approximately four hours and is repeated several times with wilted flowers replaced by fresh ones for each repetition. For the highest quality of jasmine tea, this scenting process can be repeated up to nine or ten times!

Another traditional production method places fresh jasmine flowers on a tray below a woven tray of tea leaves in a warm room to let the scent of jasmine permeate the tea leaves. The jasmine flowers are replaced often for optimal result.

In the recent centuries, other countries have ventured into the production of jasmine tea; so far, China is still regarded as the best producer of this particular scented tea. Jasmine tea is often given as China’s official gift to foreign dignitaries. 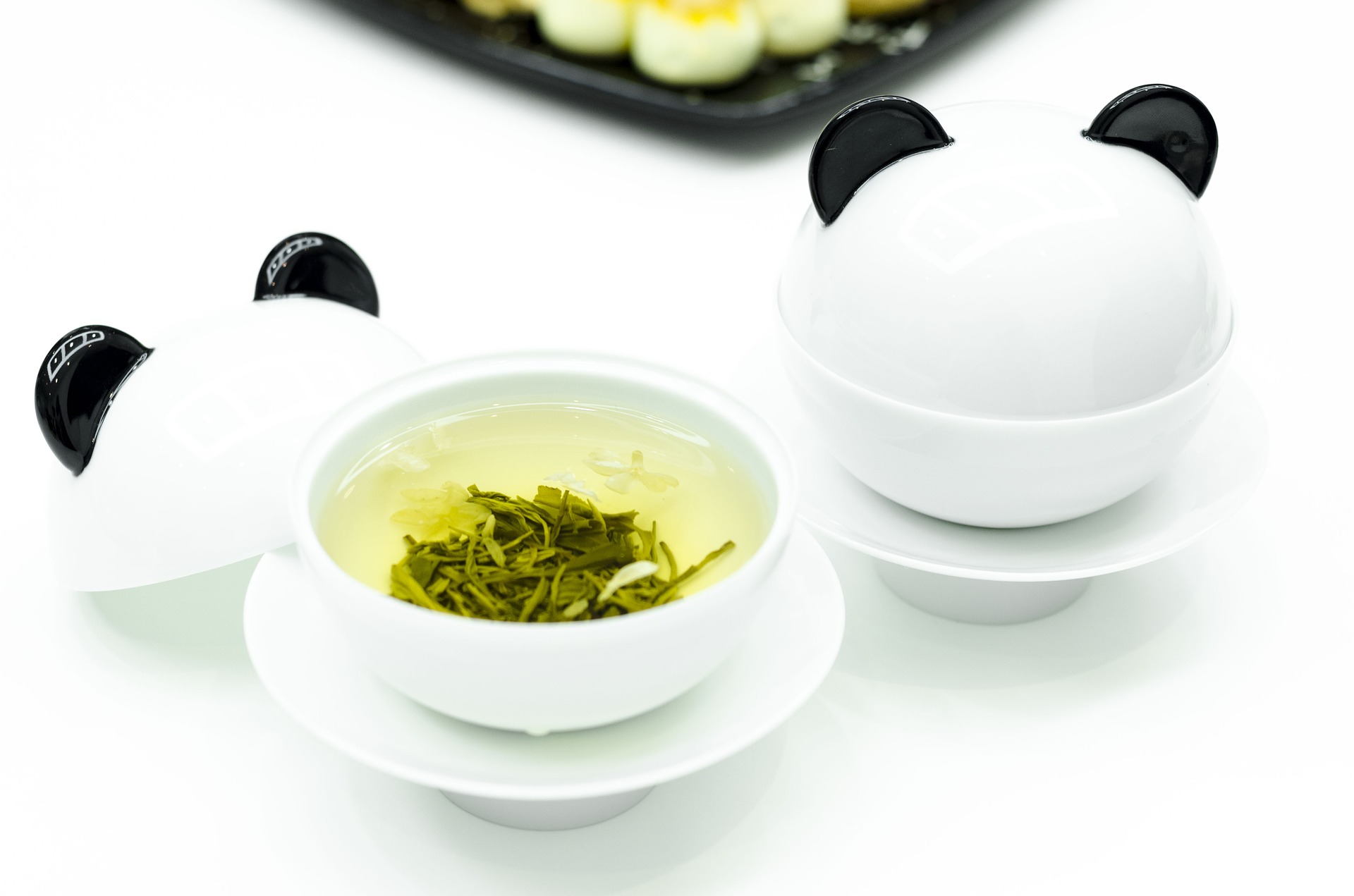