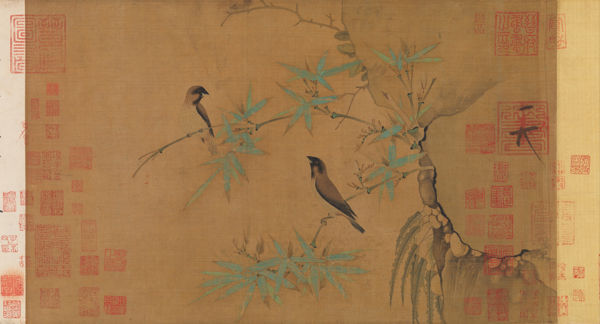 Song dynasty (960-1279) saw a growth in agriculture, technology, trade and craftwork in China. It was the time when Chinese used gunpowder to produce the world’s first firearms, the movable clayblock printing was invented, and as China had advanced to a credit-based currency the world’s first paper money was introduced. In addition, due to China’s sophisticated ocean transportation system, trade flourished. The much sought-after Chinese silks and ceramics were shipped as far as the Middle East and the eastern coast of Africa. Tea drinking during this period became more popular than alcohol consumption and caused a surge in the production of tea vessels.

The booming Song economy enabled a rich and varied cultural life and the rose of a thriving urban class. Luxury ceramics were in demand. The value of a Song ceramic is first based on the kiln in which it was originally made. The most precious and highly valued objects come from one of five kilns — Ru, Guan, Ge, Ding or Jun. Production in these kilns was heavily monitored. There were very strict regulations for who could possess or use these wares; imperfect pieces were destroyed to keep them from ever being circulated. Of the products from these five famous kilns, Ru ware is the rarest.

Ru ware’s invention is said to be inspired by a dream of Emperor Huizong, an incompetent ruler but highly accomplished calligrapher and painter (see painting at the top of this article). One night the emperor saw in his sleep a mystical shade of blue through a rift in the clouds after a downpour. On waking up, he wrote about this scene in a poem and instructed his potters to make porcelains of the color as described. The order had craftsmen across the land scratching their heads. Samples trickled in, but all were turned down by the monarch, until Ru kiln in the Henan province produced the desired grayish blue glaze resembling the sky after rain .

Another hallmark of Ru ware is the crazing, fine lines or cracks on the glaze layer. Small crackle patterns on the glaze were described as “crab’s claw” or “ice crackle."

Owing to the short period of production and great difficulty in firing, only a small number of Ru ceramics have been preserved today. Available statistics reveal that intact Ru ware in private or public (such as museum) collections around the world total fewer than 100 pieces. We very rarely see any of these pieces on the market. Needless to say, when we do, such pieces usually auction for many millions of dollars. 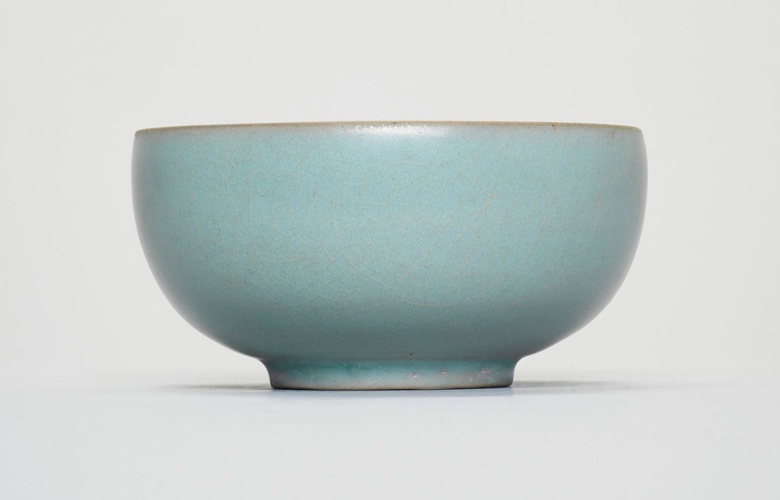 Well, maybe very few of us can spend millions of dollars on a Song Ru tea bowl or plate, but we can still appreciate the uniqueness of these fine ceramics and own a version of them thanks to many contemporary potteries that apply the Ru ware technology in creating their products.

I am pleased to introduce here this adorable tea set that was handmade with much care and thoughtfulness, a beautiful tribute to the sophisticated Ru ware technology. 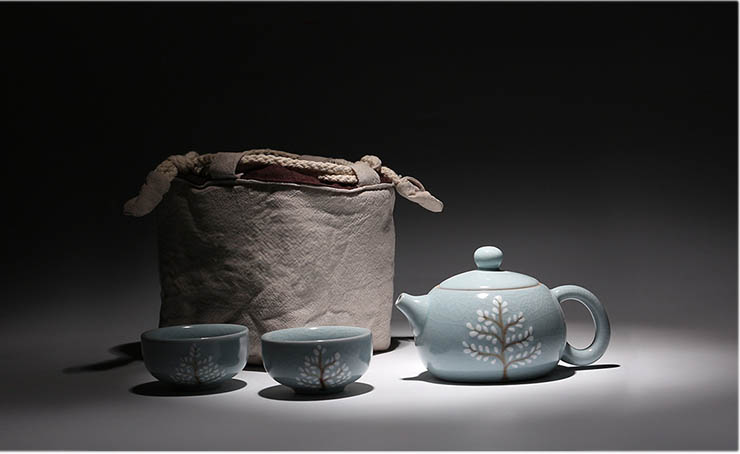 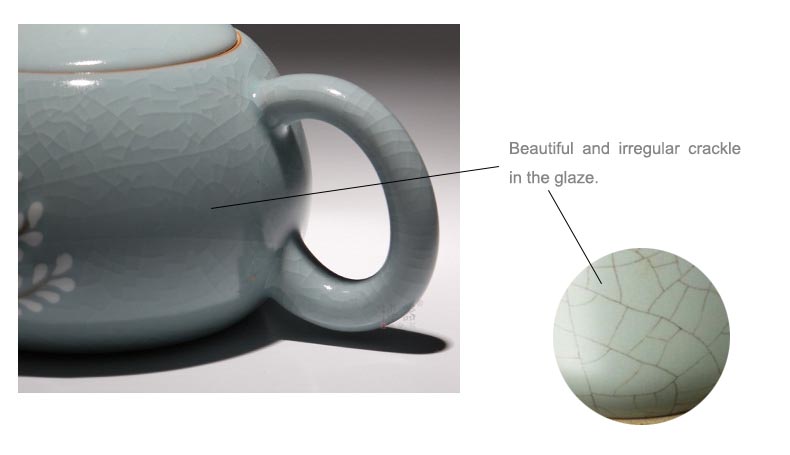