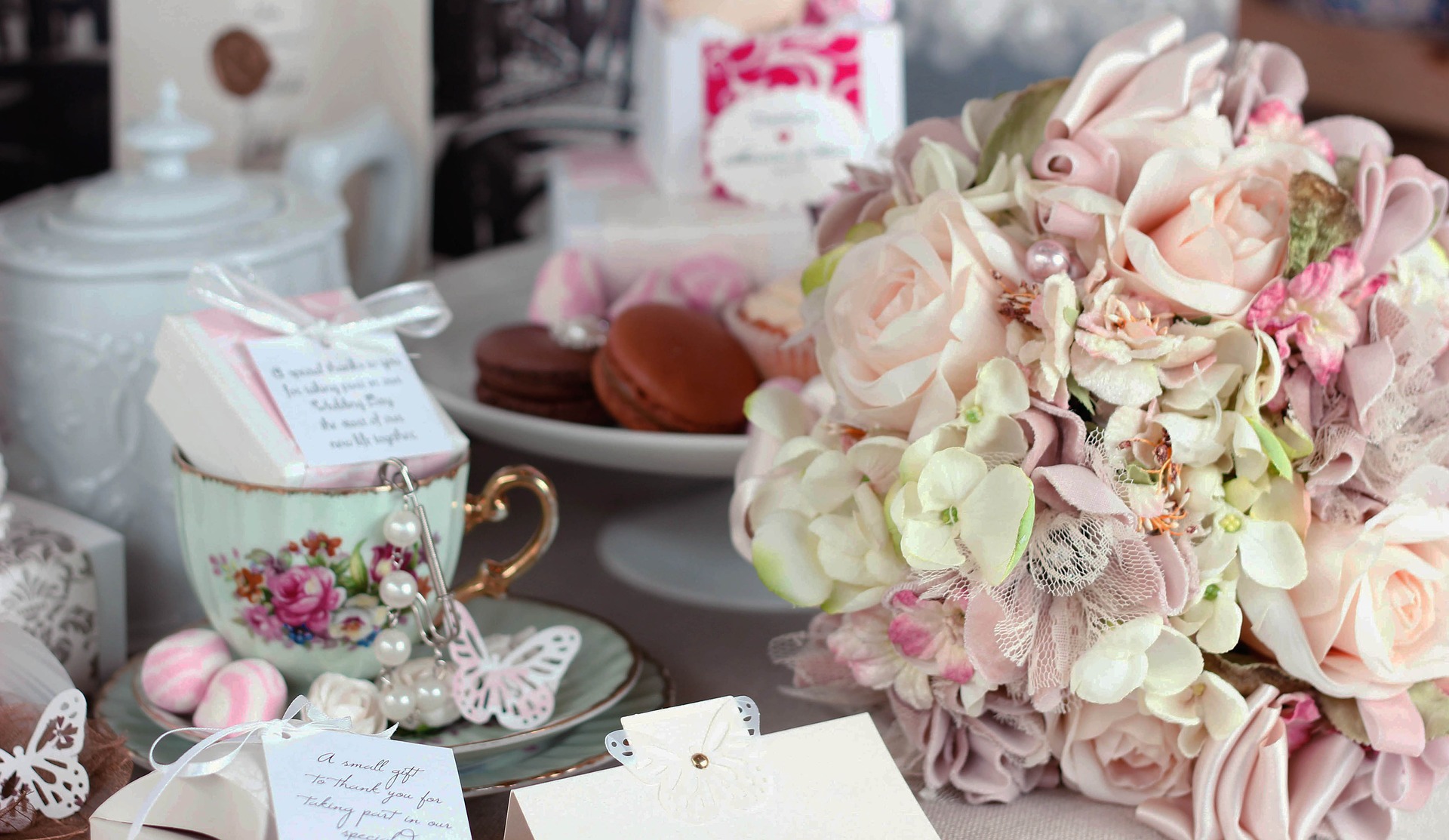 Summer months are usually full of weddings, bridal showers, bachelor parties, and tests of will and perseverance (just kidding, I’m sure that all wedding preparations are just pieces of cake ;-) In many such events, tea is a common factor. As a matter of fact, past and presence, tea and matrimony are inseparable in many cultures.

It was said that the daily ritual of taking tea in Britain was made popular in the 17 th century by the Portuguese queen of Charles II, Catherine of Braganza. Having grown up in her native Portugal drinking tea as an everyday beverage, a chest of tea was one of the items included in Catherine’s dowry. Soon the English court grew accustomed to the daily ritual of taking tea and the rest is history. 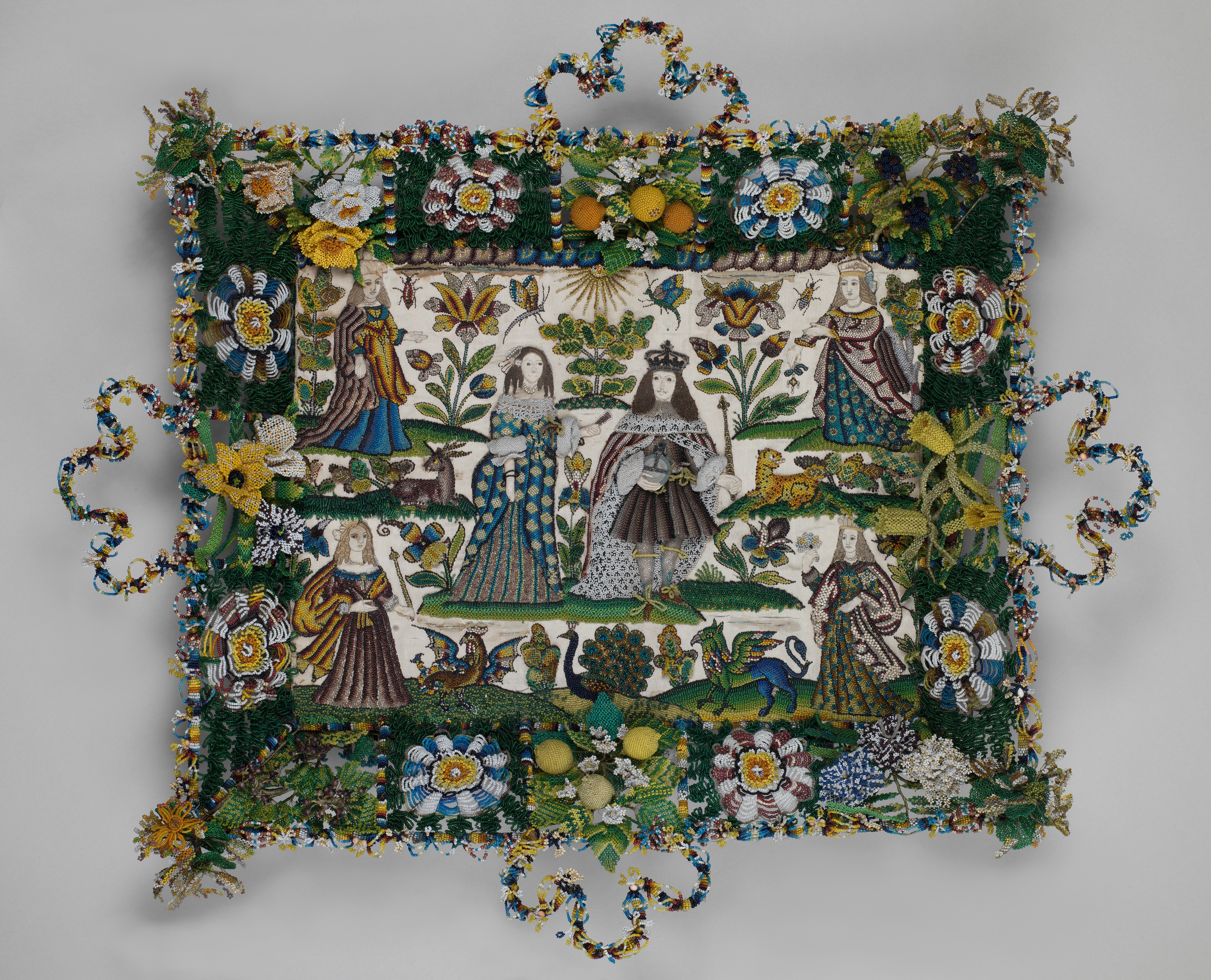 A 17th century beadwork basket celebrates the union in 1662 of King Charles II and Catherine of Braganza,
the Metropolitan Museum of Art, New York.

Tea, being treasured goods, was very often included in a dowry. Tradition says that tea came to Tibet as part of the Chinese princess Wencheng's dowry on her betrothal to the Tibetan Songtsen Gambo around 640 A.D. Tea ceremonies are always part of traditional Chinese weddings. Tea is also a staple beverage in many Kenyan matrimonial ceremonies which entail much feasting of ugali, chicken, fish, beef, goat meat, rice, chapattis, traditional vegetables, and tea with mandazi (a form of fried bread).

Apart from the association of tea with weddings and wedding preparations, somewhere in a remote mountainside area in Yunnan (a southwestern province of China) it has a unique custom of requesting a couple who wants to get a divorce to sit down and have tea together. Instead of yelling at and fighting with each other, when a couple is experiencing marital difficulties and is contemplating a separation, they would pick an auspicious date, invite the elders of their clan, close relatives and friends and get together to have a “divorce tea.” 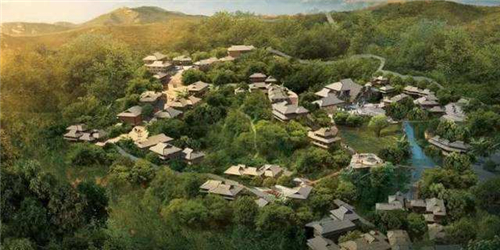 The spouse who initiates the divorce will be the host of the tea party. On the day of the tea party, everyone will be seated around a table. The most respected elder will officiate at the event. S/he will brew three different teas and offer them to the couple who is having marital problems.

The first tea is a tea harvested in spring. If both spouses only take a sip of the tea and don't finish it, that means there might still be a chance for them to work things out. Otherwise, they are determined to get a divorce.

The second tea is a sweet tea. With this sweet tea, the elder will ask the couple to reflect on each other’s virtues and the good times that they had. The couple will be warned that life after divorce can be difficult. If the couple finishes this second cup too, then the elder will bring out the third cup of tea.

The third tea has a very light taste. Everyone at the tea party is asked to drink it. After this cup is finished, theoretically the couple is officially separated. However, the elders, family and friends will give it a last try to talk the couple into reconciliation. If the couple does change their minds at this time, they will be asked to drink another three cups of tea.

The second set of three teas includes a sweet tea, a bitter tea and a mild-tasting tea to symbolize the sweetness, the difficulties and the mundaneness of marriage. It is believed that only if a couple can embrace all these three qualities can they manage a successful marriage.

Tea party as divorce counseling, how ingenious and civilized! 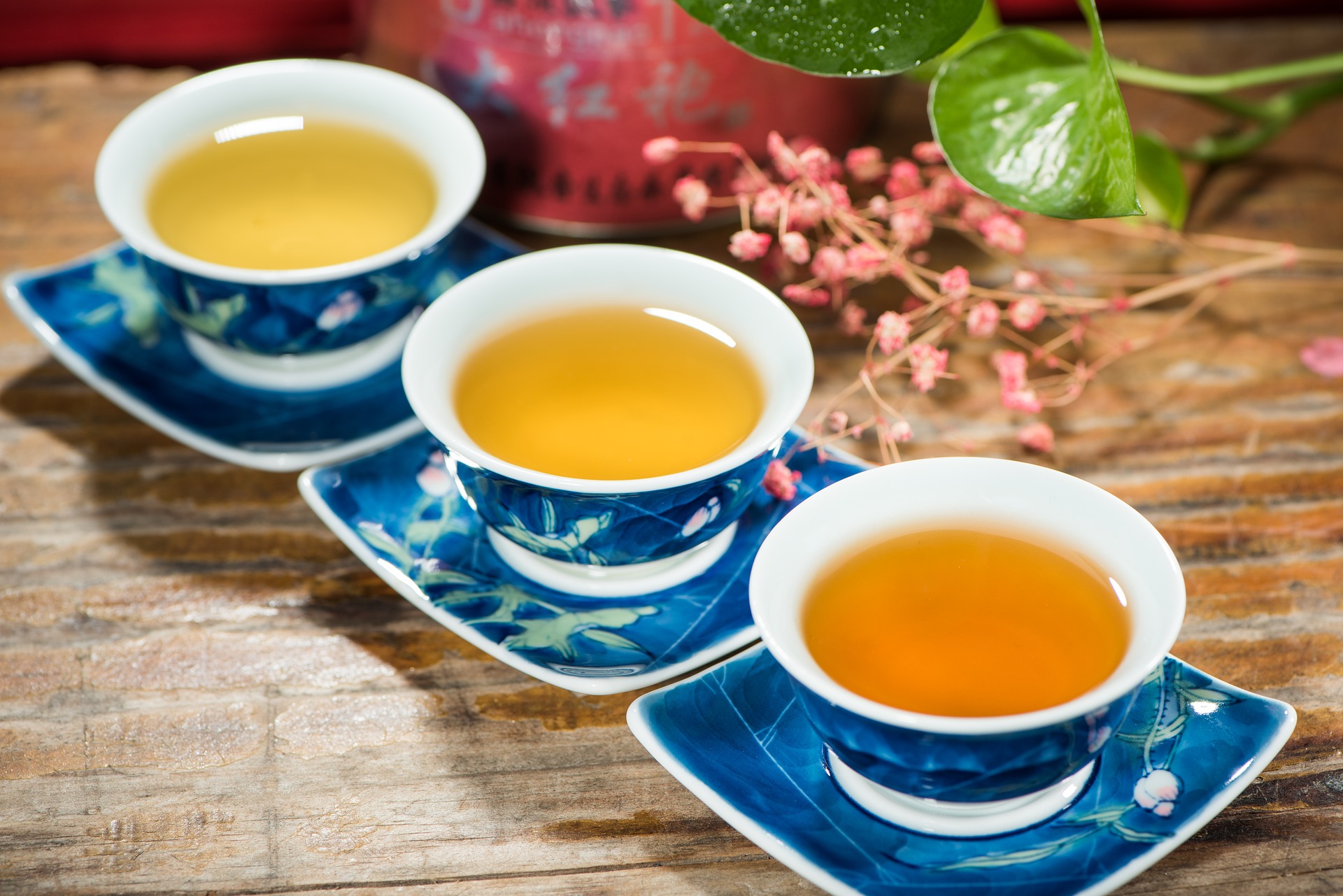