The coronavirus lockdown that halts almost every aspect of our lives has also closed down all the museums. Thus, many museums have ramped up their online presence in order to stay in touch with their patrons. I was browsing the site of the Metropolitan Museum of Art in New York City the other day and saw an interesting painting labeled “Tea Water Pump.” 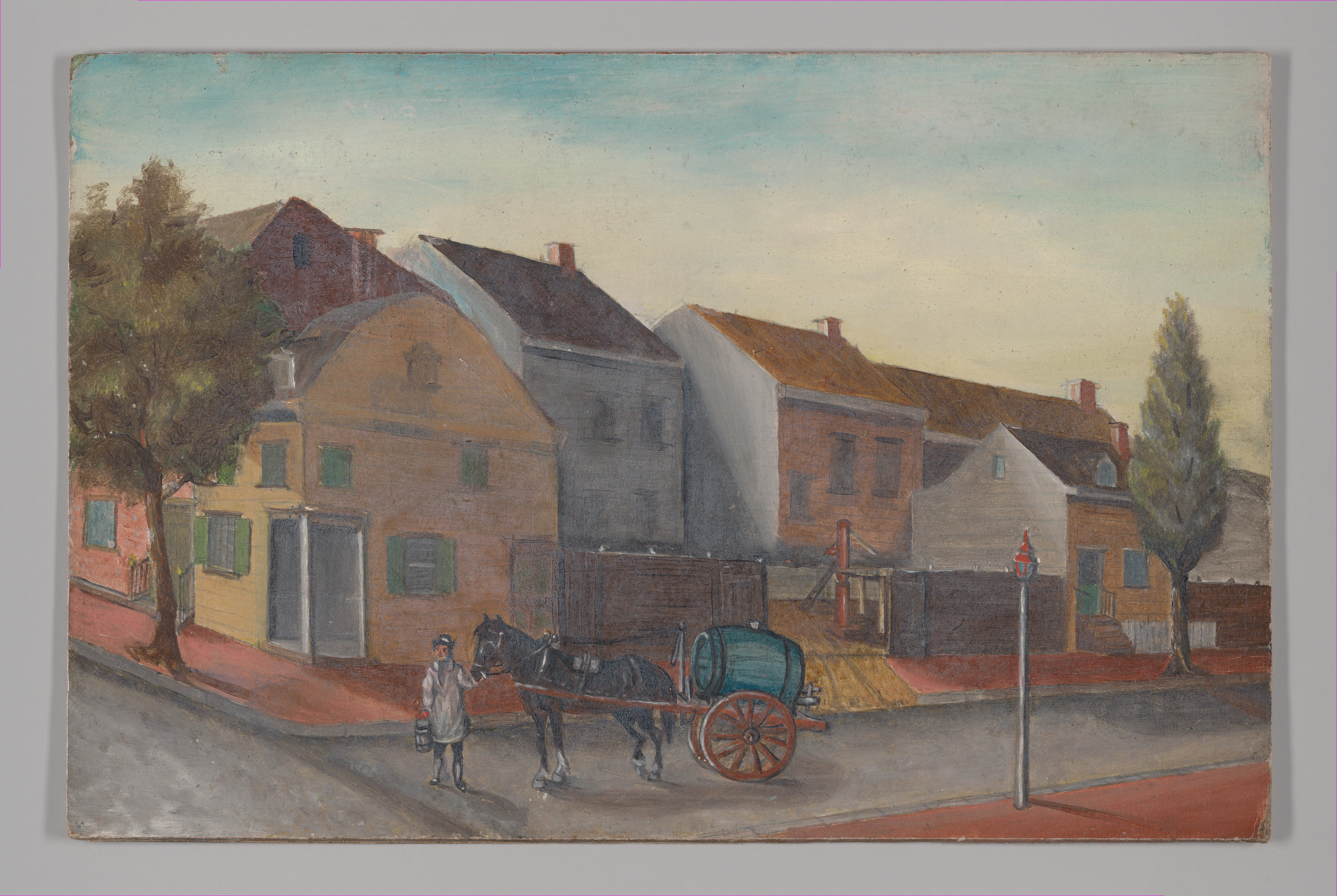 Since tea is only as good as the water in which it is steeped, having access to good water sources is important to tea drinkers. In ancient times, some people harvested rain in big containers, but many more people used water that had collected naturally in streams, rivers, and in the ground. “Tea Water Pump” is a 19th century oil painting about water supply in Manhattan, New York.

New Amsterdam was founded on the southern tip of Manhattan Island in July, 1625 as a Dutch settlement established by the Dutch West India Company. Its first residents got their water from surrounding springs, streams and ponds. As the City’s population grew, early inhabitants began digging shallow private wells and in the 1670s, the first public well was dug. (In 1664, the Dutch had surrendered New Amsterdam to the British, who then renamed the area New York.)

A few wells had tapped into underground springs, some of which supplied the water to a particular pond. This water, that was reputed to be fresh and of superior quality, was desired by people for the making of their tea and for the uses of the kitchen. The wells used simple buckets that were gradually replaced with pumps, to which were referred as the “tea water pumps.” Selling the tea water from these choice street corner pumps by wagon via “tea water men” became big business. There were so many of these vendors that in 1757, the Common Council passed a law limiting their number. The above Metropolitan Museum’s painting “Tea Water Pump” depicts such a “tea water man” and his wagon. (Click on painting for further information.) 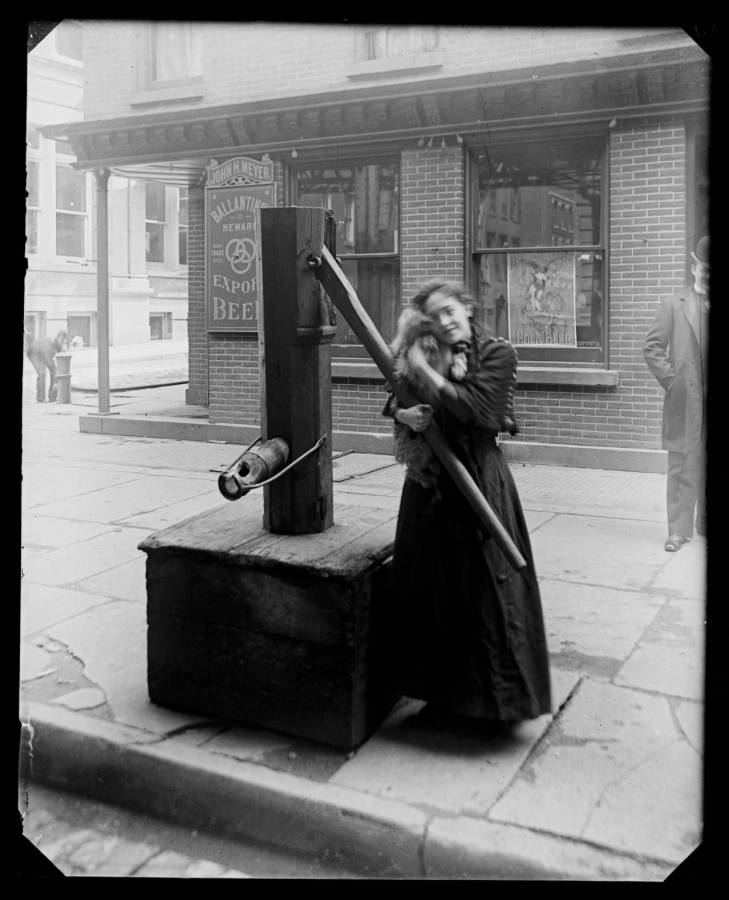